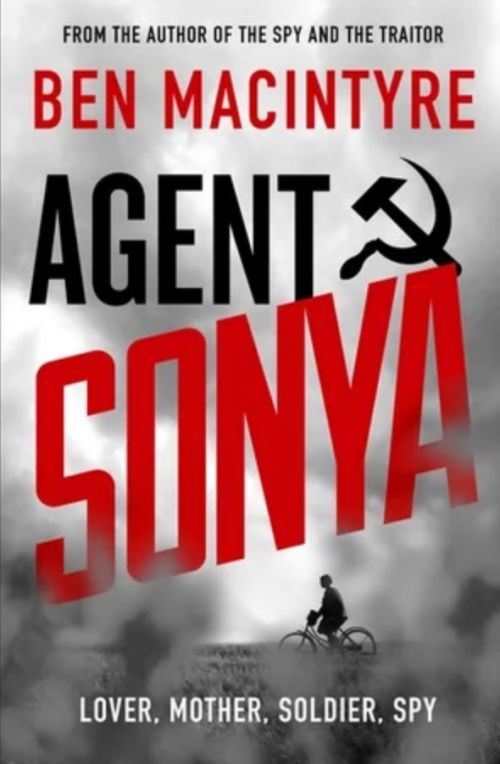 In the quiet Cotswolds village of Great Rollright in 1944, a thin, and unusually elegant, housewife emerged from her cottage to go on her usual bike ride. A devoted mother-of-three, attentive wife and friendly neighbour, Sonya Burton seemed to epitomise rural British domesticity.

However, rather than pedalling towards the shops with her ration book, Sonya was heading for the Oxfordshire countryside to gather scientific secrets from a nuclear physicist. Secrets that would enable the Soviet Union to build the atomic bomb.

Far from an obedient homemaker, Sonya Burton was a dedicated communist, a decorated colonel and a veteran spy who risked her life to keep the Soviet Union in the nuclear arms race.

In Mrs Burton, Ben Macintyre reveals the astonishing story behind the most important female spy in history. 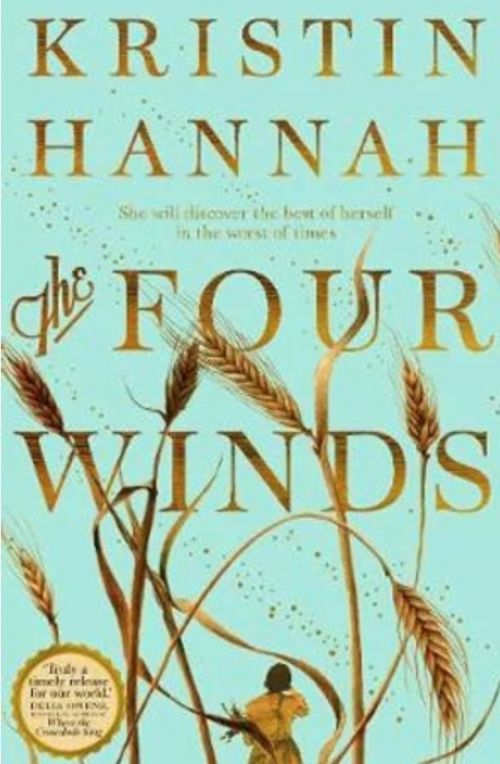 The Four Winds is a deeply moving, powerful story about the strength and resilience of women and the bond between mother and daughter, by the multi-million copy number one bestselling author Kristin Hannah.

She will discover the best of herself in the worst of times . . .

Texas, 1934. Elsa Martinelli had finally found the life she'd yearned for. A family, a home and a livelihood on a farm on the Great Plains. But when drought threatens all she and her community hold dear, Elsa's world is shattered to the winds.

Fearful of the future, when Elsa wakes to find her husband has fled, she is forced to make the most agonizing decision of her life. Fight for the land she loves or take her beloved children, Loreda and Ant, west to California in search of a better life. Will it be the land of milk and honey? Or will their experience challenge every ounce of strength they possess?

From the overriding love of a mother for her child, the value of female friendship, and the ability to love again - against all odds, Elsa's incredible journey is a story of survival, hope and what we do for the ones we love. 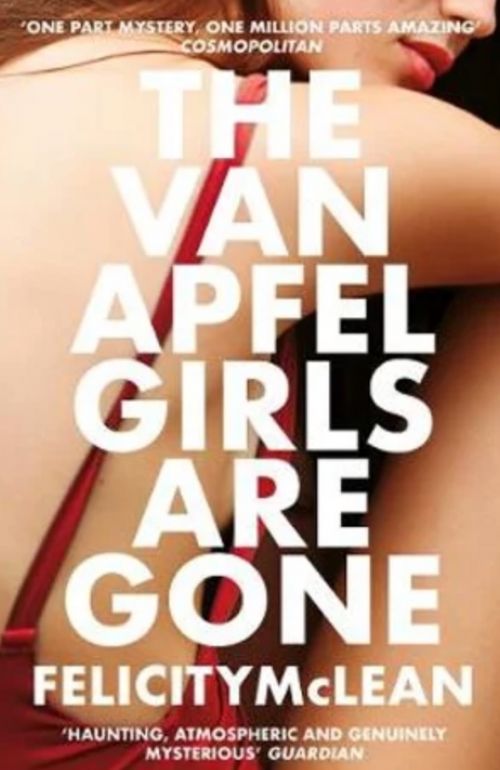 The Van Apfel Girls Are Gone

We lost all three girls that summer. Let them slip away like the words of some half-remembered song and when one came back, she wasn't the one we were trying to recall to begin with.'

Tikka Molloy was eleven and one-sixth years old during the long hot summer of 1992, growing up in an isolated suburb in Australia surrounded by encroaching bushland. That summer, the hottest on record, was when the Van Apfel sisters - Hannah, the beautiful Cordelia and Ruth - mysteriously disappeared during the school's Showstopper concert, held at the outdoor amphitheatre by the river. Did they run away? Were they taken? While the search for the sisters unites the small community, the mystery of their disappearance has never been solved.

Now, years later, Tikka has returned home and is beginning to make sense of that strange moment in time. The summer that shaped her. The girls that she never forgot. 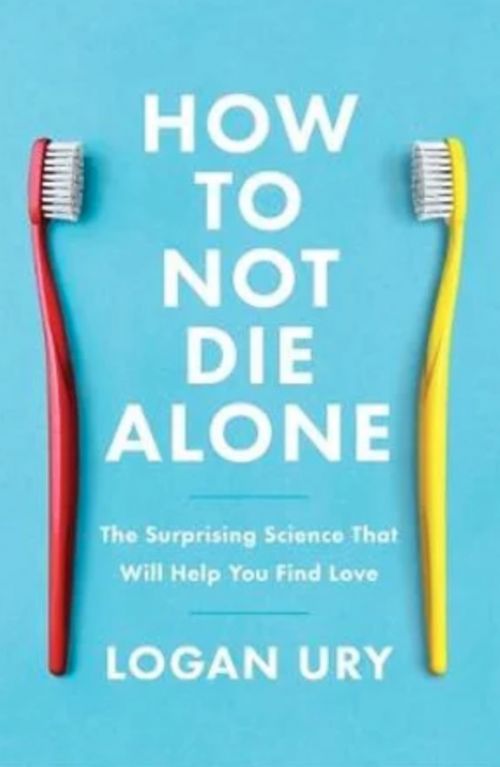 How Not to Die Alone

In this funny and practical guide, a behavioral scientist turned dating coach helps you understand - and overcome - the hidden forces keeping you from finding lasting love.

Have you ever looked around and wondered, "Why has everyone found love except me?"You're not the only one. We've gone from the first iPod ("1,000 songs in your pocket") to Tinder - 1,000 potential dates in your pocket. Choosing a partner is harder now than ever before.A lasting relationship doesn't just appear in your life: it's the culmination of a series of decisions, including when to get out there, whom to date, how to end it with the wrong person, when to settle down with the right one, and everything in between. Often we don't understand why we make certain choices, and that leads to mistakes. And those mistakes thwart us on our quest to find love. 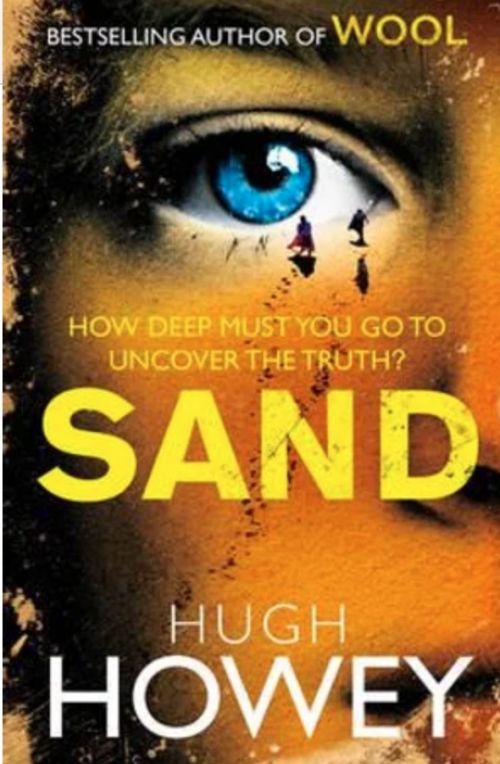 The old world is buried. A new one has been forged atop the shifting dunes. Here in this land of howling wind and infernal Sand, four siblings find themselves scattered and lost.

Palmer has never been the same since his father walked out twelve years ago. His elder sister, Vic, is trying to run away from the past; his younger brothers, Connor and Rob, are risking their lives to embrace it. His mother, left with nothing but anger, is just trying to forget.

Palmer wants to prove his worth, not only to his family, but to himself. And in the barren, dune-covered landscape of his home, there is only one way to earn respect: sand-diving. Plunging deep below the desert floor in search of relics and scraps of the old world. He is about to embark on the most dangerous dive of his young life, aiming to become the first to discover the rumoured city below.

Deep within the Sand lies the key to bringing his family together – and tearing their world apart. 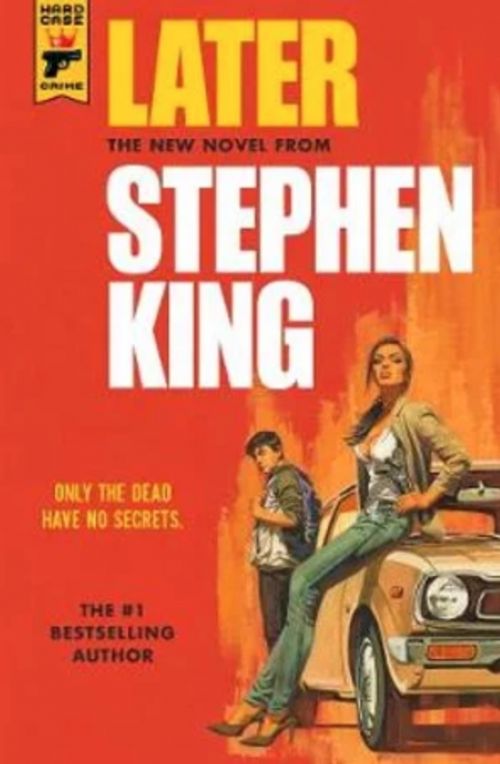 But the cost of using this ability is higher than Jamie can imagine - as he discovers when an NYPD detective draws him into the pursuit of a killer who has threatened to strike from beyond the grave.

Later is Stephen King at his finest, a terrifying and touching story of innocence lost and the trials that test our sense of right and wrong. With echoes of King's classic novel It, Later is a powerful, haunting, unforgettable exploration of what it takes to stand up to evil in all the faces it wears. 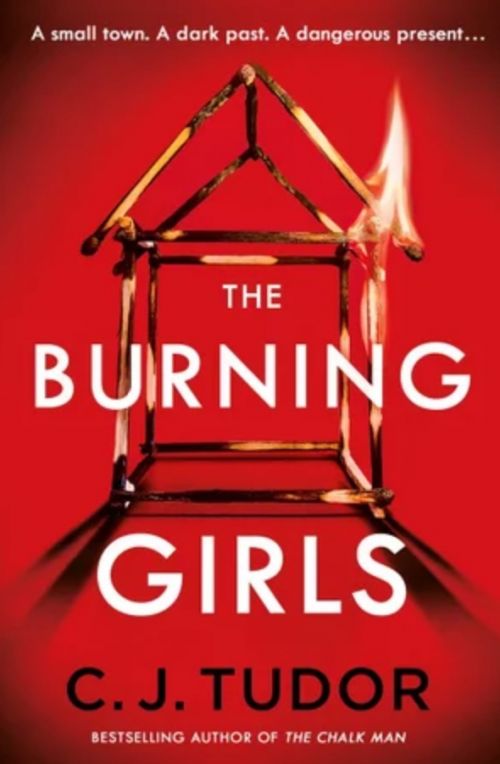 Reverend Jack Brooks is looking for a fresh start.

Chapel Croft appears the perfect place, but the village has a dark and dangerous history - and the ghosts of its past refuse to stay buried. Decades ago, two girls disappeared. And just months ago, the last vicar committed suicide - but not before leaving a message for Jack.

Jack must uncover the truth, or risk sacrificing the village to the evils that lie within. But the truth is hard to find, when everyone has something to hide. And as long buried secrets of Jack's own resurface, faith alone will not save them... 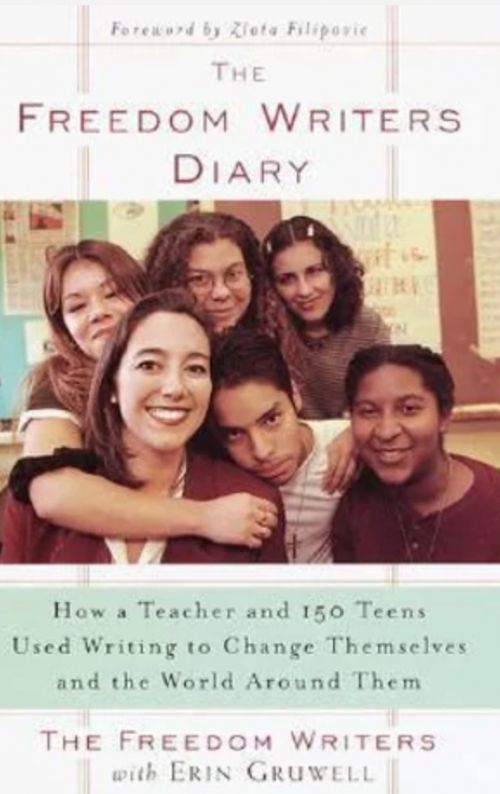 Straight from the front line of urban America, the inspiring story of one fiercely determined teacher and her remarkable students.

As an idealistic twenty-three-year-old English teacher at Wilson High School in Long beach, California, Erin Gruwell confronted a room of “ unteachable, at-risk” students. One day she intercepted a note with an ugly racial caricature, and angrily declared that this was precisely the sort of thing that led to the Holocaust— only to be met by uncomprehending looks. So she and her students, using the treasured books "Anne Frank: The Diary of a Young Girl" and "Zlata’ s Diary: A Child’ s Life in Sarajevo" as their guides, undertook a life-changing, eye-opening, spirit-raising odyssey against intolerance and misunderstanding. They learned to see the parallels in these books to their own lives, recording their thoughts and feelings in diaries and dubbing themselves the “ Freedom Writers” in homage to the civil rights activists “ The Freedom Riders.” 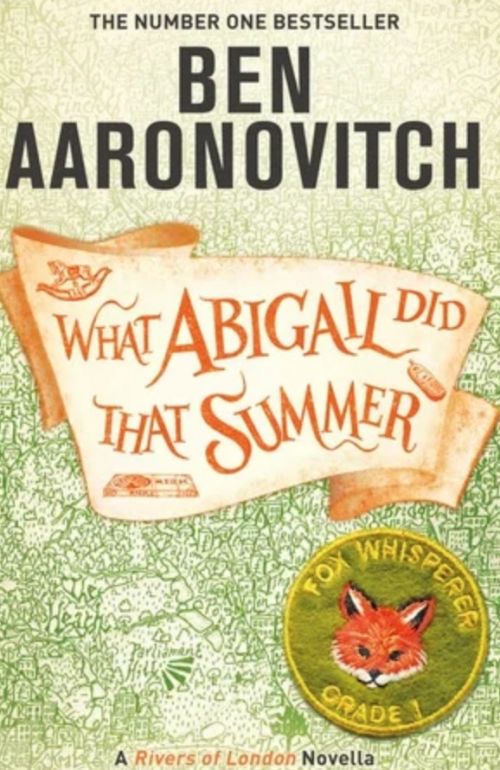 What Abigail Did That Summer

It is the summer of 2013 and Abigail Kamara has been left to her own devices. This might, by those who know her, be considered a mistake. While her cousin, police constable and apprentice wizard Peter Grant, is off in the sticks, chasing unicorns, Abigail is chasing her own mystery. Teenagers around Hampstead Heath have been going missing but before the police can get fully engaged, the teens return home - unharmed but vague about where they've been.

Aided only by her new friend Simon, her knowledge that magic is real, and a posse of talking foxes that think they're spies, Abigail must venture into the wilds of Hampstead to discover who is luring the teenagers and more importantly - why? 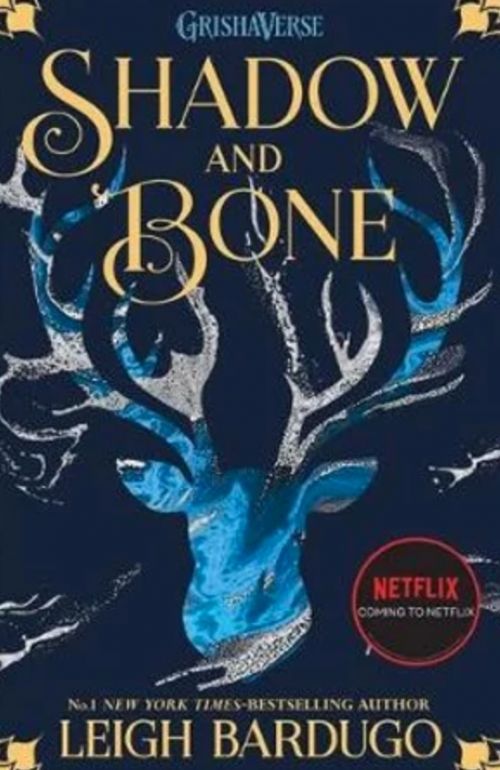 Soldier. Summoner. Saint. Orphaned and expendable, Alina Starkov is a soldier who knows she may not survive her first trek across the Shadow Fold - a swath of unnatural darkness crawling with monsters. But when her regiment is attacked, Alina unleashes dormant magic not even she knew she possessed.

Now Alina will enter a lavish world of royalty and intrigue as she trains with the Grisha, her country's magical military elite - and falls under the spell of their notorious leader, the Darkling. He believes Alina can summon a force capable of destroying the Shadow Fold and reuniting their war-ravaged country, but only if she can master her untamed gift.

As the threat to the kingdom mounts and Alina unlocks the secrets of her past, she will make a dangerous discovery that could threaten all she loves and the very future of a nation.

Welcome to Ravka . . . a world of science and superstition where nothing is what it seems.