When Jessie Stephens went through a difficult breakup, she started to look for books or stories that would reflect her experience and perhaps give her some hope for the future.

There were plenty of guide books in the '101 tips to cure a broken heart' vein, but what Jessie wanted were stories. She wanted to read about other people's experiences, to see the universalities, and to feel connected to others who were struggling in a similar way. Now she's written the book she needed to read - a close-up, compelling narrative nonfiction account of many lows and occasional surprising highs of heartbreak.

Based on intensive interviews with three main subjects, Jessie has woven together three vastly different - yet breathtakingly similar - stories of heartbreak. Claire has returned from London to the dust and familiarity of her childhood home, Toowoomba, after breaking up with her girlfriend Maggie. Patrick is a lonely uni student, until he teams up with Caitlin on a group project - but does she feel as connected as he does? And Ana is happily married with three children, until the night she falls in love with her best friend.

Bruising, beautiful, achingly specific but wholeheartedly universal, Heartsick reminds us that emotional pain can make us as it breaks us, and that storytelling has the ultimate healing power.

Distraction (n): Something that turns your attention away from something you want to concentrate on. See: Teddy Prescott.

Ruthie Midona is twenty-four (going on ninety-four) and fully committed to her job at a luxury retirement village. Keeping herself busy caring for the eccentric residents means that Ruthie can safely ignore her own life - what little there is of it.

Teddy Prescott is practically allergic to a hard day's work. When he rocks up as the retirement village's newest employee, Ruthie is less than impressed. The last thing she needs is a distraction as irritating (and handsome) as this selfish rich kid.

Lucky for Ruthie, her favourite pair of mischievous residents need a new assistant to torture . . . so she hands over Teddy, ready for them to send him running.

Except Teddy may be about to surprise her - not just by surviving the old women's antics, but by charming Ruthie so much, she starts to remember that there's more to life than work . . . Could Teddy be far more than simply an unwelcome distraction? 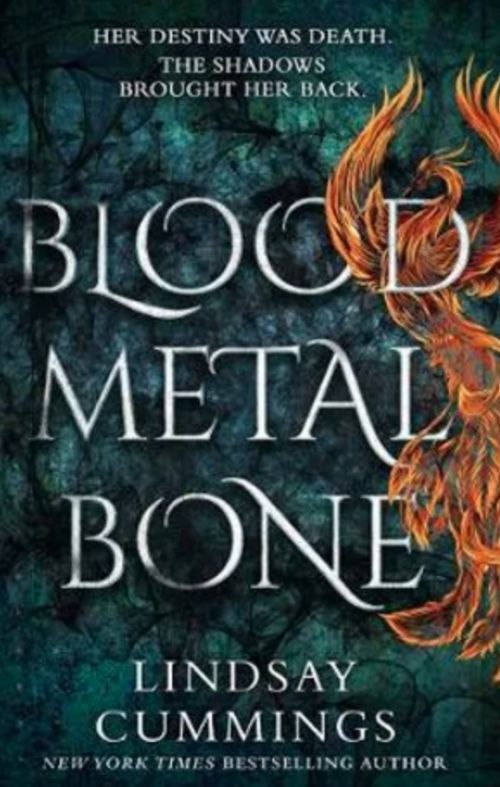 Her destiny was death. The shadows brought her back.

Wrongly accused of her brother's murder, Sonara's destiny was to die, sentenced to execution by her own mother. Punished and left for dead, the shadows have cursed her with a second life as a Shadowblood, cast out and hunted by society for her demon-like powers.

Now known as the Devil of the Deadlands, Sonara survives as a thief on the edge of society, fighting for survival on a quest to uncover what really happened to her brother and whether he is even dead at all… 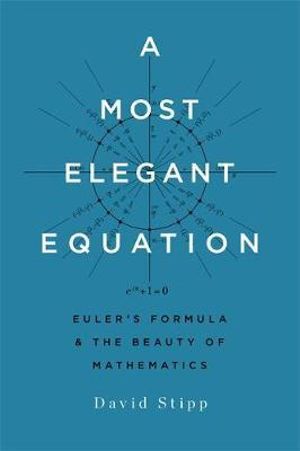 A Most Elegant Equation

Bertrand Russell wrote that mathematics can exalt "as surely as poetry." This is especially true of one equation: ei(pi) + 1 = 0, the brainchild of Leonhard Euler, the Mozart of mathematics. More than two centuries after Euler's death, it is still regarded as a conceptual diamond of unsurpassed beauty. Called Euler's identity or God's equation, it includes just five numbers but represents an astonishing revelation of hidden connections. It ties together everything from basic arithmetic to compound interest, the circumference of a circle, trigonometry, calculus, and even infinity.

In David Stipp's hands, Euler's identity becomes a contemplative stroll through the glories of mathematics. The result is an ode to this magical field. 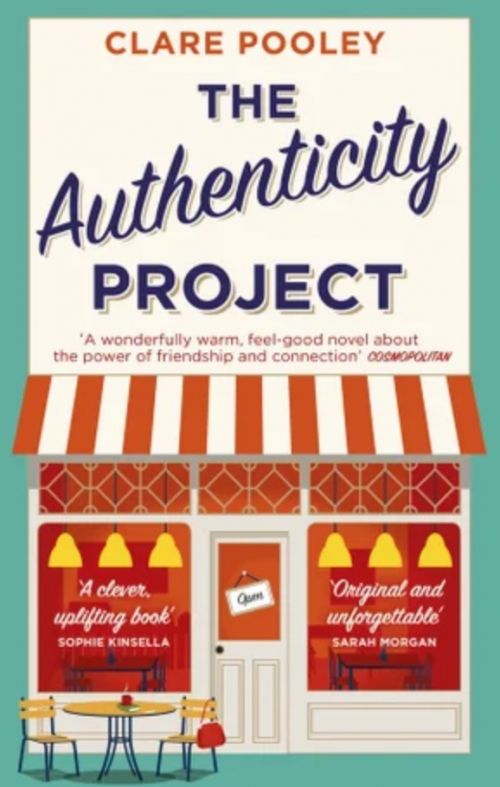 Julian Jessop is tired of hiding the deep loneliness he feels. So he begins The Authenticity Project - a small green notebook containing the truth about his life.

Leaving the notebook on a table in his friendly neighbourhood cafe, Julian never expects Monica, the owner, to track him down after finding it. Or that she'll be inspired to write down her own story.

Little do they realize that such small acts of honesty hold the power to impact all those who discover the notebook and change their lives completely. 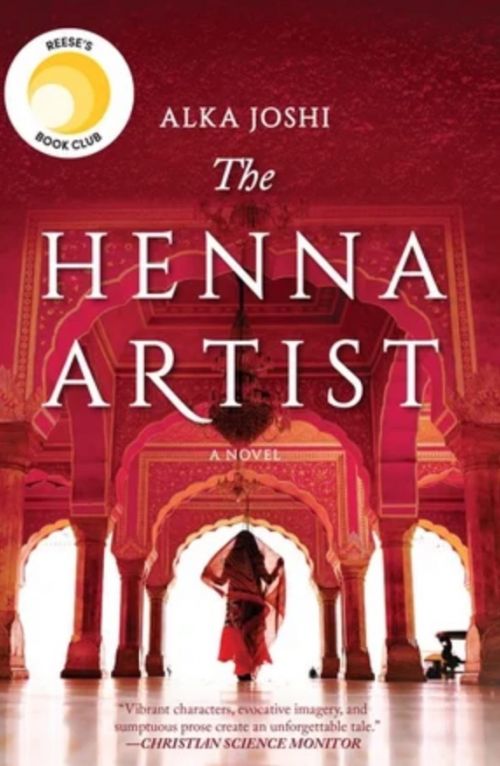 Escaping from an abusive marriage, seventeen-year-old Lakshmi makes her way alone to the vibrant 1950s pink city of Jaipur. There she becomes the most highly requested henna artist-and confidante-to the wealthy women of the upper class. But trusted with the secrets of the wealthy, she can never reveal her own...

Known for her original designs and sage advice, Lakshmi must tread carefully to avoid the jealous gossips who could ruin her reputation and her livelihood. As she pursues her dream of an independent life, she is startled one day when she is confronted by her husband, who has tracked her down these many years later with a high-spirited young girl in tow-a sister Lakshmi never knew she had. Suddenly the caution that she has carefully cultivated as protection is threatened. Still she perseveres, applying her talents and lifting up those that surround her as she does. 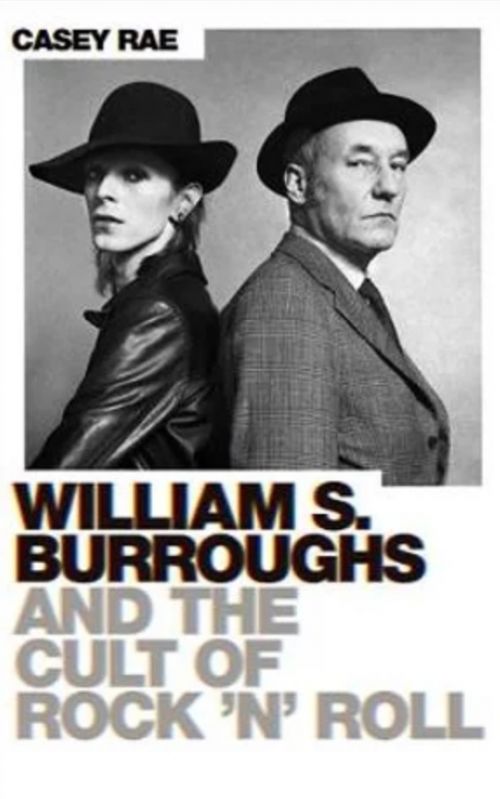 The Cult of Rock ‘n Roll

William S. Burroughs's fiction and essays are legendary, but his influence on music's counterculture has been less well documented-until now. Examining how one of America's most controversial literary figures altered the destinies of many notable and varied musicians, William S. Burroughs and the Cult of Rock 'n' Roll reveals the transformations in music history that can be traced to Burroughs.

A heroin addict and a gay man, Burroughs rose to notoriety outside the conventional literary world; his masterpiece, Naked Lunch, was banned on the grounds of obscenity, but its nonlinear structure was just as daring as its content. Casey Rae brings to life Burroughs's parallel rise to fame among daring musicians of the 1960s, '70s, and '80s, when it became a rite of passage to hang out with the author or to experiment with his cut-up techniques for producing revolutionary lyrics (as the Beatles and Radiohead did). Whether they tell of him exploring the occult with David Bowie, providing Lou Reed with gritty depictions of street life, or counseling Patti Smith about coping with fame, the stories of Burroughs's backstage impact will transform the way you see America's cultural revolution-and the way you hear its music. 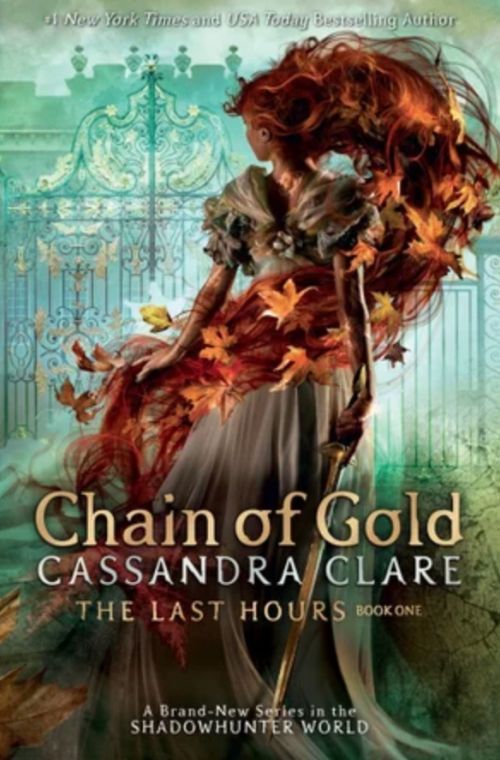 Cordelia Carstairs is a Shadowhunter, a warrior trained since childhood to battle demons. When her father is accused of a terrible crime, she and her brother travel to Edwardian London in hopes of preventing the family’s ruin. Cordelia’s mother wants to marry her off, but Cordelia is determined to be a hero rather than a bride. Soon Cordelia encounters childhood friends James and Lucie Herondale and is drawn into their world of glittering ballrooms, secret assignations, and supernatural salons, where vampires and warlocks mingle with mermaids and magicians. All the while, she must hide her secret love for James, who is sworn to marry someone else.

But Cordelia’s new life is blown apart when a shocking series of demon attacks devastate London. These monsters are nothing like those Shadowhunters have fought before – these demons walk in daylight, strike down the unwary with incurable poison, and seem impossible to kill. London is immediately quarantined. Trapped in the city, Cordelia and her friends discover that their own connection to an dark legacy has gifted them with incredible powers – and force a brutal choice that will reveal the true cruel price of being a hero. 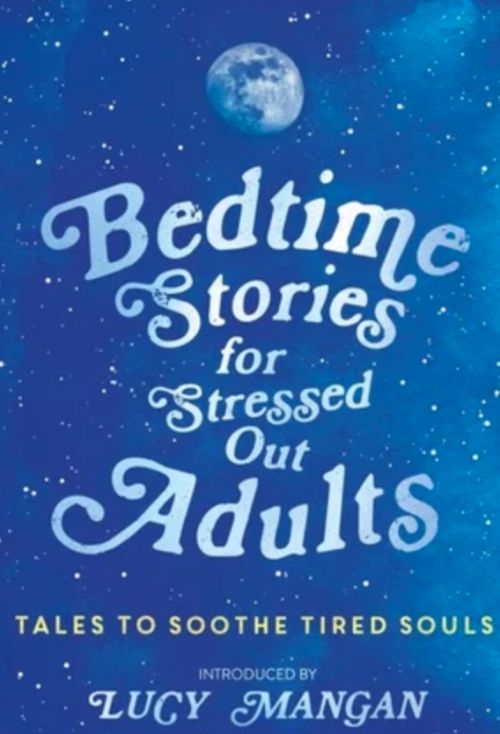 Bedtime Stories for Stressed Out Adults

* * * Tales to soothe tired souls. A night time companion for frazzled adults, including calming stories and poems for a good night's sleep. * * *This cheering book of best loved short tales, extracts and poems will calm and restore an anxious mind before sleep.A good night's sleep is essential for our well being and our health, but in our busy lives sleep is often poor and overlooked. Now is the time to stop a while and find consolation and wonder in other worlds where all is well and sleep just a page or two away.

From classic stories by Oscar Wilde, Guy de Maupassant and Katherine Mansfield, to friendly tales of our childhoods, to poetry that reminds us of the simple joys of life, this lovingly curated book will soothe a tired mind and gently carry you to the peaceful land of sleep.So switch off, snuggle down and allow yourself to escape into new worlds and old; magical, mysterious and tender realms that will accompany you to your own sweet dreams. 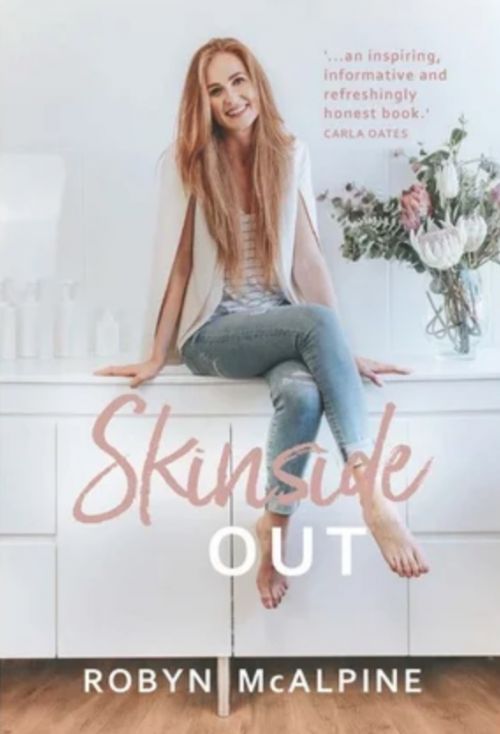 Skinside Out is the first book of its kind to deeply explain the intricacies of our largest organ, skin, and how we can work with nature to have the best skin of our lives! This is the mantra of self-confessed skin nerd Robyn McAlpine. In over a decade of her extensive career, she has gathered her expertise to bring you an enthusiastic, modern, humorous and glowing perspective on matters of the skin. Her life's mission is to fix peoples skin. We all know what skin is, but do any of us realise just what skin does?

Skinside Out is a book about beauty and the science of how skin works. Skin doesn't lie; it reflects our overall health in unimaginable ways. Robyn explains how we live our lives are manifestations of how our skin misbehaves, or doesn't, and how the connection between our thoughts, stresses, diet, gut health and environment affects the health of our skin.

With the knowledge Robyn shares in this book, you will feel empowered to make healthy skin choices for life, with a new found love and appreciation for the humble skin cell and the skin you are in. You'll laugh, you'll learn, and your body will love you ... from the Skinside Out.