Ren lives alone on the remote frontier of a country devastated by a coup. High on the forested slopes, she survives by hunting and trading - and forgetting. But when a young soldier comes to the mountains in search of a legendary creature, Ren is inexorably drawn into an impossible mission. As their lives entwine, unravel and erupt - as myth merges with reality - both Ren and the soldier are forced to confront what they regret, what they love, and what they fear.

A vibrant homage to the natural world, bursting with beautiful landscapes and memorable characters, The Rain Heron is a beautifully told eco-fable about our fragile and dysfunctional relationships with the planet and with each other, the havoc we wreak and the price we pay.

Billy Summers is a man in a room with a gun. He's a killer for hire and the best in the business. But he'll do the job only if the target is a truly bad guy. And now Billy wants out. But first there is one last hit. Billy is among the best snipers in the world, a decorated Iraq war vet, a Houdini when it comes to vanishing after the job is done. So what could possibly go wrong?

This spectacular can't-put-it-down novel is part war story, part love letter to small town America and the people who live there, and it features one of the most compelling and surprising duos in King fiction, who set out to avenge the crimes of an extraordinarily evil man. It's about love, luck, fate, and a complex hero with one last shot at redemption.

You won't put this story down, and you won't forget Billy.

Flora loves Christmas more than anything else in the world, so she’s gutted when her Scrooge-alike boss fires her from Deck the Halls Christmas emporium. But now she finally has a chance to follow her dreams – and what better place to start than the home of Christmas?

Before she can say ‘sleigh bells’, Flora’s on her way to Lapland in a campervan-cum-Christmas-shop. She can’t wait to spend her days drinking hot chocolate and taking reindeer-drawn carriage rides, but something Flora didn’t expect was meeting Connor , a Norse god of a man who makes her heart flutter and snowflakes swirl in her stomach. There’s just one problem: Connor hates Christmas.

Can Flora convince Connor of the joys of Christmas – and will she find a festive romance along the way?

A lone astronaut.
An impossible mission.
An ally he never imagined.

Ryland Grace is the sole survivor on a desperate, last-chance mission - and if he fails, humanity and the earth itself will perish.

Except that right now, he doesn't know that. He can't even remember his own name, let alone the nature of his assignment or how to complete it.

All he knows is that he's been asleep for a very, very long time. And he's just been awakened to find himself millions of miles from home, with nothing but two corpses for company.

His crewmates dead, his memories fuzzily returning, Ryland realizes that an impossible task now confronts him. Hurtling through space on this tiny ship, it's up to him to puzzle out an impossible scientific mystery-and conquer an extinction-level threat to our species.

And with the clock ticking down and the nearest human being light-years away, he's got to do it all alone.

'I am from a family of strong women.'

Amani Haydar suffered the unimaginable when she lost her mother in a brutal act of domestic violence perpetrated by her father. Five months pregnant at the time, her own perception of how she wanted to mother (and how she had been mothered) was shaped by this devastating murder.

After her mother's death, Amani began reassessing everything she knew of her parents' relationship. They had been unhappy for so long - should she have known that it would end like this? A lawyer by profession, she also saw the holes in the justice system for addressing and combating emotional abuse and coercive control.

Amani also had to reckon with the weight of familial and cultural context. Her parents were brought together in an arranged marriage, her mother thirteen years her father's junior. Her grandmother was brutally killed in the 2006 war in Lebanon, adding complex layers of intergenerational trauma.

Writing with grace and beauty, Amani has drawn from this a story of female resilience and the role of motherhood in the home and in the world. In The Mother Wound, she uses her own strength to help other survivors find their voices.

When a fake relationship between scientists meets the irresistible force of attraction, it throws one woman's carefully calculated theories on love into chaos.As a third-year Ph.D. candidate, Olive Smith doesn't believe in lasting romantic relationships but her best friend does, and that's what got her into this situation. Convincing Anh that Olive on her way to a happily ever after was always going to be tough, scientists require proof. So, like any self-respecting woman, Olive panics and kisses the first man she sees.That man is none other than Adam Carlsen, a young hotshot professor and well-known ass. Which is why Olive is positively floored when he agrees to keep her charade a secret and be her fake boyfriend. But when a big science conference goes haywire and Adam surprises her again with his unyielding support (and his unyielding abs), their little experiment feels dangerously close to combustion.Olive soon discovers that the only thing more complicated than a hypothesis on love is putting her own heart under the microscope.

Carmen has always worked in her local department store. So, when the gorgeous old building closes its doors for good, she is more than a little lost.

When her sister, Sofia, mentions an opportunity in Edinburgh - a cute little bookshop, the spare room in her house - Carmen is reluctant, she was never very good at accepting help. But, short on options, she soon finds herself pulling into the snowy city just a month before Christmas.

What Sofia didn't say is that the shop is on its last legs and that if Carmen can't help turn things around before Christmas, the owner will be forced to sell. Privately, Sofia is sure it will take more than a miracle to save the store, but maybe this Christmas, Carmen might surprise them all...

Let go of the "exercise rules" and learn to love working out!

Broadcaster and personal trainer Tally Rye is on a mission to change the way we think about exercise. Gone are the days of restricted eating programmes and high-intensity training plans that send your body into shock and are unsustainable in the long term. Tally's approach is a straightforward pass to feeling happy in your health plan and staying motivated. This is about being your personal best and not competing with anyone else and is reinforced with supporting endorsements from the best body confidence influencers.

Comprising an 12-week challenge, users will learn how to build cardio, resistance and relaxation workouts into their lifestyle with ease, following exercises specially devised by Tally from her experience as co-founder of #GirlGains and host of the Fresh and Fit podcast on BBC Sounds, as well as in class at the best UK and international gyms. The only equipment you really need is an exercise mat and the timer app on your phone. There are also weekly motivational challenges that include meditation exercises, and the exercise alphabet which builds 26 quick reps to try at the weekend before you relax and recover from your week.

Use this as an opportunity to re-connect your mind and body so you can enjoy the multitude of benefits an active lifestyle brings, such as improved mood, fitness, strength, confidence, increased energy, better posture and much, much more! Focus on using this guide as a way to stay consistent, try new things (starting with as gentle as a brisk walk), get out of your comfort zone and find lots of new ways to stay motivated beyond aesthetic goals. 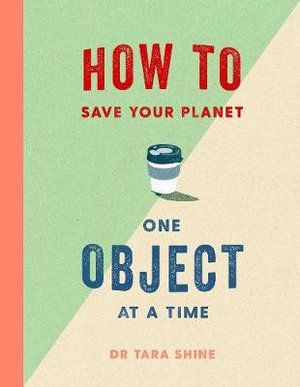 How to save your planet one object at a time

One object at a time.

Sometimes it can feel overwhelming thinking about all that needs to be done to save our planet. This book is the antidote to that feeling. Easy to read and easy to do – here’s all the information and inspiration you need to make a difference, simply by making smart choices about everyday objects, tasks and habits.

Environmental scientist Dr Tara Shine guides you from room to room and occasion to occasion with environmentally friendly solutions, backed by science. From swapping bottled soap to bars, to replacing cling film with a simple plate, you will reduce your environmental footprint in an instant, while saving money.

This book busts persistent myths and will once and for all show that living sustainably can be both fun and convenient. Besides, it will not only have a positive impact on the environment, but your wellbeing too! 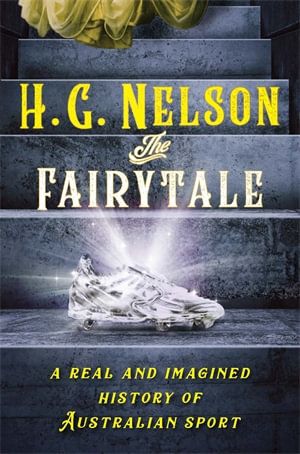 A sporting nation is only limited by its imagination. Every time this story is told it changes; something is always added, embellished or dropped from the run-on side.

For more than thirty years, H.G. Nelson has been finding the poetry in the punt and humour during half-time. Now, he turns his keen eye for facts and folly to the illustrious history of our great sporting nation.

In his trademark fast and furious style, H.G. dives deep into the moments that have truly made us who we are. He reminds us of our leaders' great sporting triumphs, from Harold Holt's swimming to John Howard's bowling; rewrites the record on legends such as 'Aussie Joe' Bugner and Jack Brabham; and explains why Australia's reality TV is the best in the world.

The Fairytale is H.G. Nelson's magnum opus - an all-encompassing, no-holds-barred history of Australia at play, told through the stories of our sporting highs, lows and middles.