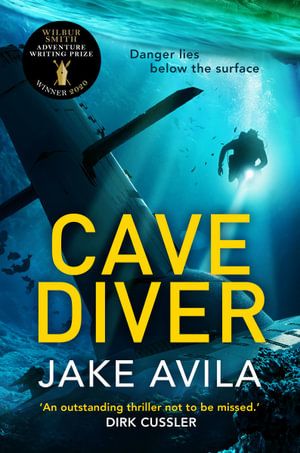 Acclaimed explorer Rob Nash has lost his way. Grieving the loss of his wife, and blaming himself for her death, he sees no reason to carry on. But when his 'Uncle' Frank Douglas offers him the chance to lead a cave diving expedition in the jungles of Papua, Nash can see some light at the end of the tunnel.

But the expedition might not be what it seems. With a decades old Japanese submarine buried deep in a cavern, and a team hell-bent on unleashing the treasures it hides, Nash finds himself on a ship heading for danger. With a lethal band of criminals on board, who will stop at nothing to get the gold, Nash is fighting for his life. Whilst battling his own demons, can he forgive himself for the wrongs of his past - and survive the perils of the deep?

The shadows hide a deadly story . . .

1979. It is the winter of discontent, and reporter Allie Burns is chasing her first big scoop. There are few women in the newsroom and she needs something explosive for the boys' club to take her seriously.

When she discovers a home-grown terrorist threat, Allie comes up with a plan to infiltrate the group and make her name. But she's a woman in a man's world . . . and putting a foot wrong could be fatal.

Far North Queensland, 1993: At 74, former cane farmer Grace Maud is feeling her age, and her isolation, and thinks the best of life may be behind her. Elsewhere in town, high school teacher Patricia has given up on her dreams of travel and adventure and has moved back home to look after her ageing parents, while cafe owner Dorothy is struggling to accept that she may never have the baby she and her husband so desperately want. Each woman has an unspoken need: reconnection. And that's how they find themselves at Orange Blossom House, surrounded by perfumed rainforest, being cajoled and encouraged by their yoga teacher, the lively Sandrine. Together, they will find courage and strength - and discover that life has much more to offer than they ever expected.

Set amid the lush beauty of tropical Queensland, Thursdays at Orange Blossom House is a heartwarming story of friendship and family, of chances missed and taken, and the eternal power of love. 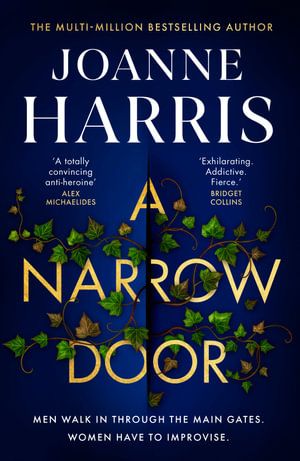 From the Sunday Times and internationally bestselling, multi prize-winning author Joanne Harris, comes A NARROW DOOR - an explosive psychological thriller about one woman who, having carved out her own path to power, is now intent on tearing apart the elite world that tried to hold her back . . . piece by piece. 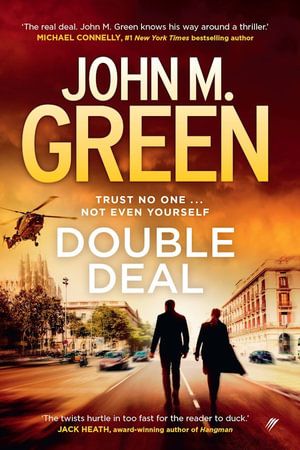 In top-secret talks in Barcelona, ex-spy Dr Tori Swyft seals a landmark deal over the Arctic that sends Washington DC and Moscow reeling. The next morning, she wakes beside two dead bodies…

A nameless voice phones her, taunting her and revealing a shocking video that shows Tori as the murderer. Yet she has no memory of what happened.

With Spanish police converging at her door, Tori flees, in a race against time to find The Voice and prove her innocence – before it's too late. 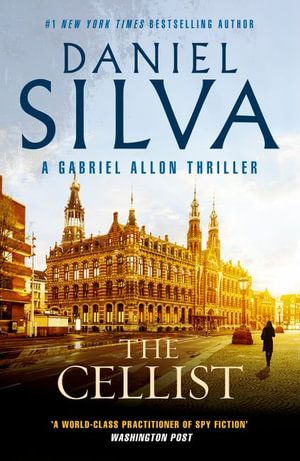 The most beautiful music hides the deadliest secrets ...

Viktor Orlov had a longstanding appointment with death. Once Russia's richest man, he now resides in exile in London, where he is waging a crusade against the kleptocrats who have seized control of the Kremlin. His mansion is protected by armed bodyguards. Yet somehow, on a rainy summer evening, in the midst of a global pandemic, Russia's vengeful president finally manages to cross Orlov's name off his kill list.

Before him was the receiver from his landline telephone, a half-drunk glass of red wine, and a stack of documents ...

The documents are contaminated with a deadly nerve agent. The Metropolitan Police determine that they were delivered by one of Orlov's employees, a prominent investigative reporter. And when the reporter vanishes hours after the killing, MI6 concludes she is a Moscow Center assassin who penetrated the billionaire's formidable defenses. But Gabriel Allon believes his friends in British intelligence are dangerously mistaken. His search for the truth will take him to Geneva, where a private intelligence service is plotting an act of violence that will plunge an already divided America into chaos. Only Allon, with the help of a brilliant young woman employed by the world's dirtiest bank, can stop it.... 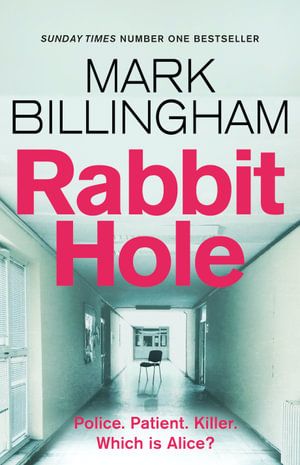 My name is Alice. I'm a police officer.
I'm trying to solve a murder on a psychiatric ward.
But I'm also a patient...

They were meant to be safe on Fleet Ward: psychiatric patients monitored, treated, cared for. But now one of their number is found murdered, and the accusations begin to fly.

Was it one of his fellow patients? A member of staff? Or did someone come in from the outside?

DC Alice Armitage is methodical, tireless, and she's quickly on the trail of the killer.

The only problem is, Alice is a patient too.

Sheriff Quinn Colson and his former deputy Lillie Virgil find themselves on opposite sides of a case for the first time after a woman is found dead and three delinquent teens go on the run.

Before he was an Army Ranger who came home to become Tibbehah County Sheriff and take down a corrupt system, Quinn Colson was a kid who got into trouble a lot of it. So when juvenile delinquent TJ Byrd insists that she doesn't know who killed her mother-an unreliable addict who has disappeared-Quinn's inclined to believe her. But no one else does--not the town, not the sheriff in a neighboring county, not her mother's older boyfriend, and certainly not Quinn's friend and former deputy, U.S. Marshal Lillie Virgil.

The Byrd family has always been trouble, and sixteen-year-old TJ is known for petty theft, fighting, and general hellraising. She's also no fool, and when she senses she's about to take the fall for her mother's murder, TJ, her boyfriend, her best friend, and her nine-year-old brother go on the run. As Lillie Virgil tracks the kids across a trail of burglaries, stolen cars and even a kidnapping, intent on bringing TJ to justice, Quinn sets out to find the truth back in Tibbehah. Someone has gone to a lot of violent trouble to make TJ and her friends the logical target of the investigation. It's easy, and who cares about a bunch of lawless kids?

As the bloody evidence against TJ piles up, Quinn knows someone truly evil is at work here and that puts TJ and her friends in more danger than they can imagine.

It was a straightforward request. Take her gran home to her beloved Scotland.

In the space of a few days, Elle loses her job and her home and faces moving back in with her parents-where she knows she'll hear a lot about how she is wasting her life, unlike her three siblings . . .

Then Gran's will is read and everything changes.

It seems simple: a road trip across Scotland, a country Gran loved, to locate the family castle; meet some long lost cousins; oh, and work out what she wants to do with the rest of her life before returning home. Not a problem.

That is unless the family castle is a ruin that has pretty much been lost in time; the family Elle has never met seem to be hiding a mysterious secret; her over-achieving parents are breathing down her neck, and she's running out of time to make a decision about her future.

How to Mend a Broken Heart

Felicity Bell has struggled to move on after her marriage broke down. Her ex has found love again, her children have their own lives, and it's beginning to feel like her only comfort comes from her dog and her job as a taxidermist. So when Flick gets an offer to work in New Orleans for a few months, she's drawn to the chance to make a fresh start.

Zoe is ready to start a family with her husband, but when he betrays her, she's left shattered and desperate for a change of scenery. Joining her mother on the other side of the world to drown her sorrows seems the perfect solution.

Although both mother and daughter are wary of risking their hearts to love again, Theo, a jazz bar owner, and Jack, a local ghost hunter, offer fun, friendship and distraction. But all is not as it seems in New Orleans...

A chance meeting with Aurelia, a reclusive artist who surprises them with lessons from her life, prompts Flick and Zoe to reassess what they want too. Can all three women learn from the past in order to embrace their future?