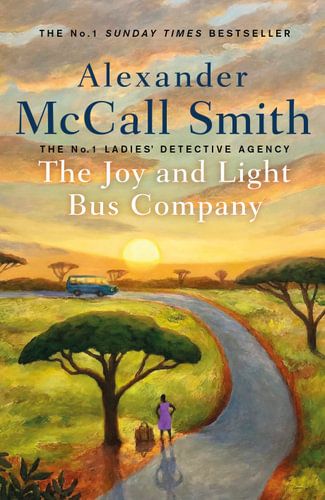 The Joy and Light Bus Company

Mr. J.L.B. Matekoni attends a course hosted by the local chamber of commerce entitled “Where Is Your Business Going?” But rather than feeling energized, he comes back in low spirits, unsure how to grow the already venerable and successful Tlokweng Road Speedy Motors. Then an old friend from school approaches him about a new business venture that could be just the ticket. When it turns out he will need to mortgage his property in order to pursue this endeavor, Mma Ramotswe and Mma Makutsi wonder what this will mean for his current business—as well as their own.

Even as she puzzles over mysteries on the domestic front, Mma Ramotswe’s professional duties must take precedence. When a concerned son learns that his aging father’s nurse now stands to inherit the family home, he begins to doubt her intentions and takes his case to Botswana’s premier detective agency. Fortunately, Mma Ramotswe and Mma Makutsi are committed agents of justice and agree to investigate. 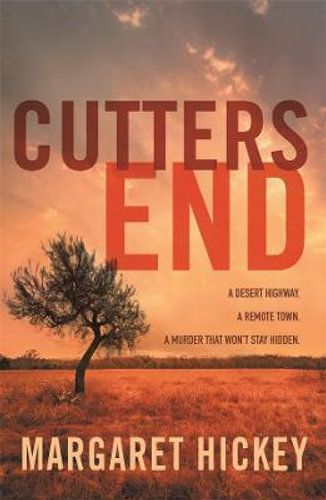 A desert highway. A remote town. A murder that won’t stay hidden.

New Year’s Eve, 1989. Eighteen-year-old Ingrid Mathers is hitchhiking her way to Alice Springs. Bored, hungover and separated from her friend Joanne, she accepts a lift to the remote town of Cutters End.

July 2021. Detective Sergeant Mark Ariti is seconded to a recently reopened case, one in which he has a personal connection. Three decades ago, a burnt and broken body was discovered in scrub off the Stuart Highway, 300km south of Cutters End. Though ultimately ruled an accidental death, many people - including a high-profile celebrity - are convinced it was murder.

When Mark’s interviews with the witnesses in the old case files go nowhere, he has no choice but to make the long journey up the highway to Cutters End.

And with the help of local Senior Constable Jagdeep Kaur, he soon learns that this death isn’t the only unsolved case that hangs over the town... 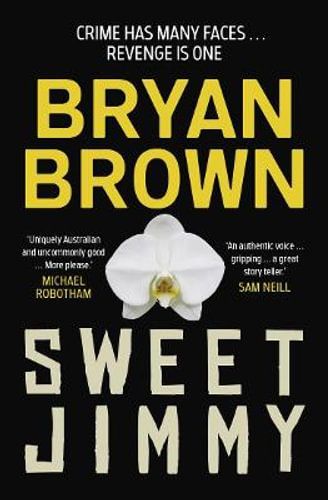 t was a gentle knock. Agnes had been waiting for it. Hoping he would be on time. Such a lovely fella, she thought...
'Come on through. Got a surprise for you,' she said.
He had one for her too.

Phil and Sweet Jimmy are cousins. Phil grows orchids . . . spider orchids . . . learnt about them in the nick. Jimmy likes orchids, too, but there are other things he likes even more . . .

Trish Bennett didn't like her life. Hadn't liked it for a long time. Been on the streets. Bit of this for a bit of that. The 'that' wasn't always nice. Then Ahmed found her.

Fell for the sexy and beautiful Sue May from Hong Kong, Frank Testy did. Silly old prick. What price for ego? A huge bloody price it turns out.

Taut and crackling with character, these gritty, raw and sometimes very funny stories from Australian great Bryan Brown are Aussie Noir at its best. Crime doesn't discriminate . . . it can happen to anyone . . . it could happen to you . . . in any ordinary suburb . . . at any time. 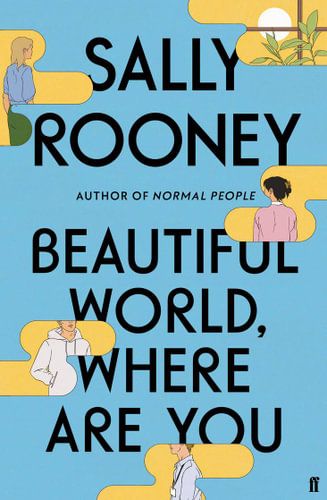 Beautiful World, Where Are You?

Alice, a novelist, meets Felix, who works in a distribution warehouse, and asks him if he'd like to travel to Rome with her. In Dublin, her best friend Eileen is getting over a break-up, and slips back into flirting with Simon, a man she has known since childhood.

Alice, Felix, Eileen and Simon are still young-but life is catching up with them. They desire each other, they delude each other, they get together, they break apart. They have sex, they worry about sex, they worry about their friendships and the world they live in. Are they standing in the last lighted room before the darkness, bearing witness to something? Will they find a way to believe in a beautiful world? 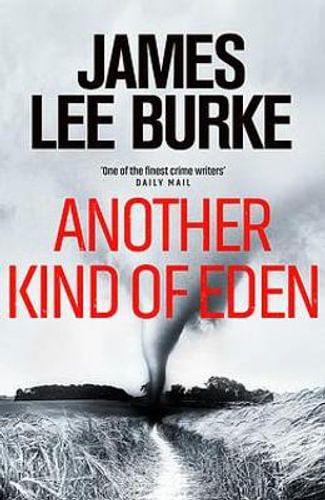 Another Kind of Eden

The American West in the early 1960s appears to be a pastoral paradise: golden wheat fields, mist-filled canyons, frolicking animals. Aspiring novelist Aaron Holland Broussard has observed it from the open door of a boxcar, riding the rails for both inspiration and odd jobs.

Jumping off in Denver, he finds work on a farm and meets Joanne McDuffy, an articulate and fierce college student and gifted painter. Their soul connection is immediate, but their romance is complicated by Joanne's involvement with a shady professor who is mixed up with a drug-addled cult. When a sinister businessman and his son who wield their influence through vicious cruelty set their sights on Aaron, drawing him into an investigation of grotesque murders, it is clear that this idyllic landscape harbors tremendous power-and evil. Followed by a mysterious shrouded figure who might not be human, Aaron will have to face down all these foes to save the life of the woman he loves and his own.

A prequel to James Lee Burke's masterful Holland family trilogy, Another Kind of Eden is both riveting and one of Burke's most ambitious works to date. It dismantles the myths of both the twentieth-century American West and the peace-and-love decade, excavating the beauty and idealism of the era to show the menace and chaos that lay simmering just beneath the surface. 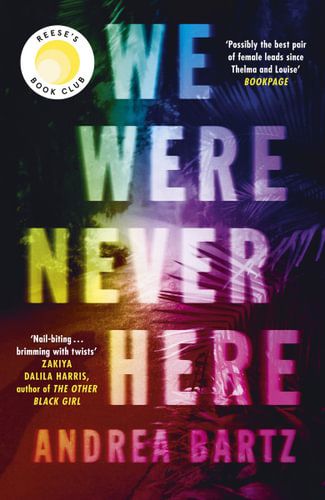 We Were Never Here

Your best friend killed a man. Now, she needs your help. But can you really trust her motives? Her Last Holiday meets Thelma and Louise.

Emily is on holiday with her best friend, Kristen, in the stunning mountains of Chile. It's heaven on earth - until, on the last night of the trip, Emily enters their hotel suite to find it covered in blood.

Kristen claims a backpacker attacked her. She shouted, but no-one heard. She struggled, but he was too strong.

She had no option but to kill him.

With no evidence of the assault, Emily must help her hide the body. . .

But, as the walls close in on their cover-up, Emily asks herself- can she really trust her closest friend? 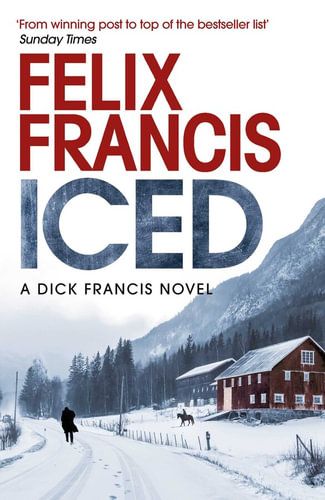 Miles Pussett is a former steeplechase jockey. Now he gets his adrenalin rush from riding down the Cresta Run, a three-quarter-mile Swiss ice chute, head first, reaching speeds of up to eighty miles per hour.

Finding himself in St Moritz during the same weekend as White Turf, when high-class horseracing takes place on the frozen lake, he gets talked into helping out with the horses. It is against his better judgement. Seven years before, Miles left horseracing behind and swore he would never return.

When he discovers something suspicious is going on in the races, something that may have a profound impact on his future life, Miles begins a search for answers. But someone is adamant to stop - and they'll go to any lengths to do it . . .

They call him the King of Death Row. Randal Korn has sent more men to their deaths than any district attorney in the history of the United States.

When a young woman, Skylar Edwards, is found murdered in Buckstown, Alabama, a corrupt sheriff arrests the last person to see her alive, Andy Dubois. It doesn't seem to matter to anyone that Andy is innocent.

A SMALL TOWN BOILING WITH RAGE

Everyone in Buckstown believes Andy is guilty. He has no hope of a fair trial. And the local defense attorney assigned to represent him has disappeared.

Hot shot New York lawyer Eddie Flynn travels south to fight fire with fire. He plans to destroy the prosecutors case, find the real killer and save Andy from the electric chair.

But the murders are just beginning.

Is Eddie Flynn next? 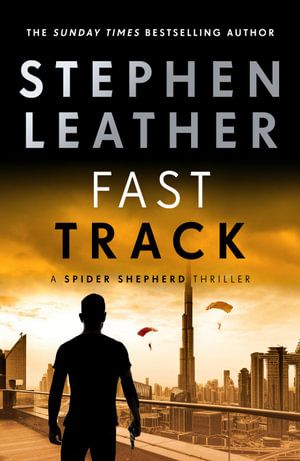 Who can you trust if you can't trust the people tasked with protecting the nation?

Murderous jihadists have been crossing the English Channel, passing themselves off as asylum seekers. MI5 have been keeping them under surveillance, but what starts as a simple terrorist takedown goes badly wrong and dozens of innocent civilians are killed in the heart of London.

And the screw is tightened when a bomb takes out senior members of the Secret Intelligence Service.

Someone within the security services has been working to their own agenda, and only Dan 'Spider' Shepherd can identify the bad apple. His search for the rogue agent takes him to Turkey and then to Dubai, where his masters order him to carry out a breathtaking act of revenge. 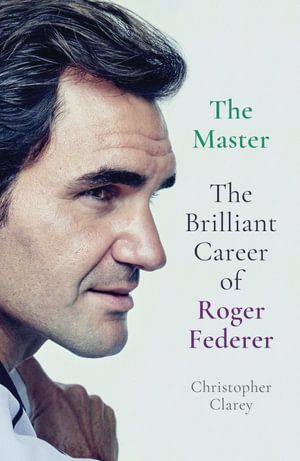 Widely regarded as one of the greatest ever sportspeople, Roger Federer is a global phenomenon. From his humble beginnings as a temperamental teenager to becoming symbol of enduring greatness, The Master is the definitive biography of a global icon who is both beloved and yet intensely private. But his path from temperamental, bleach-blond teenager with dubious style sense to one of the greatest, most self-possessed and elegant of competitors has been a long-running act of will, not destiny. He not only had a great gift. He had grit.

With access to Federer's inner circle, including his wife, Mirka, his longtime trainer and based on one-on-one interviews with Federer, legendary sports reporter Chris Clarey's account will be a must read retrospective for the loyal sports fans, and anyone interested in the inner workings of unfaltering excellence. The Master tells the story of Federer's life and career on both an intimate and grand scale.