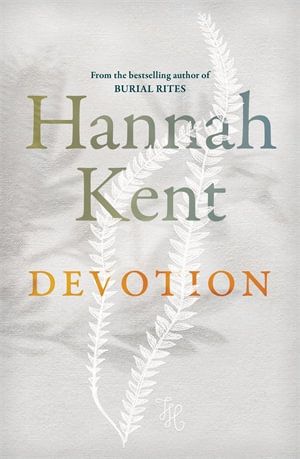 Hanne Nussbaum is a child of nature - she would rather run wild in the forest than conform to the limitations of womanhood. In her village of Kay, Hanne is friendless and considered an oddity...until she meets Thea.

The Nussbaums are Old Lutherans, bound by God's law and at odds with their King's order for reform. Forced to flee religious persecution the families of Kay board a crowded, disease-riddled ship bound for the new colony of South Australia. In the face of brutal hardship, the beauty of whale song enters Hanne's heart, along with the miracle of her love for Thea. Theirs is a bond that nothing can break.

The whale passed. The music faded.

A new start in an old land. God, society and nature itself decree Hanne and Thea cannot be together. But within the impossible...is devotion. 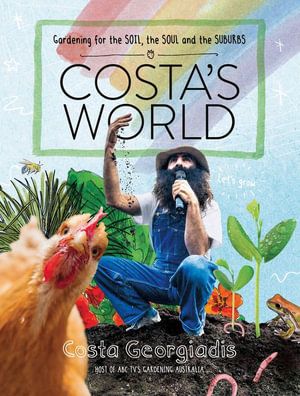 Bringing together all of Costa's gardening and sustainability knowledge, this is a book for the whole family that reflects Costa's philosophy and quirky sense of fun.

Costa's World is a generous, joyous, fully illustrated gardening book that celebrates the life-changing joy of chooks; kids in the garden; big ideas for small spaces; Costa's favourite plants; growing the right plants for your conditions; biodiversity in the soil and garden; the power of community; the brilliance of bees and pollinators; easy-peasy permaculture; and much, much more. 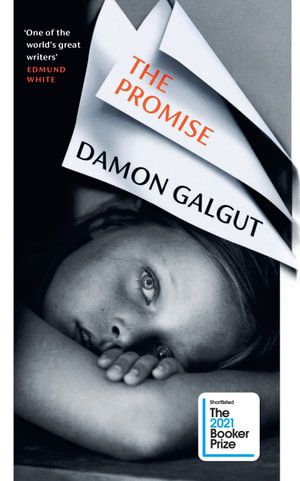 A taut and menacing novel that charts the crash and burn of an Afrikaans family, the Swarts. Punctuated by funerals that bring the ever-diminishing family together, each of the four parts opens with a death and a new decade.

The characterisations are razor sharp, the dialogue dramatic, the action gripping. As we traverse the decades, Damon interweaves the story of a disappointed nation from apartheid to Jacob Zuma. 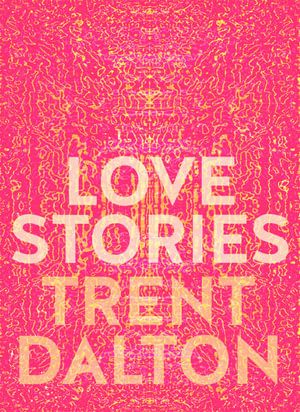 A blind man yearns to see the face of his wife of thirty years. A divorced mother has a secret love affair with a priest. A geologist discovers a three-minute video recorded by his wife before she died. A tree lopper's heart falls in a forest. A working mum contemplates taking photographs of her late husband down from her fridge. A girl writes a last letter to the man she loves most, then sets it on fire. A palliative care nurse helps a dying woman converse with the angel at the end of her bed. A renowned 100-year-old scientist ponders the one great earthly puzzle he was never able to solve: 'What is love?'

Inspired by a personal moment of profound love and generosity, Trent Dalton, bestselling author and one of Australia's finest journalists, spent two months in 2021 speaking to people from all walks of life, asking them one simple and direct question: 'Can you please tell me a love story?' The result is an immensely warm, poignant, funny and moving book about love in all its guises, including observations, reflections and stories of people falling into love, falling out of love, and never letting go of the loved ones in their hearts. A heartfelt, deep, wise and tingly tribute to the greatest thing we will never understand and the only thing we will ever really need: love. 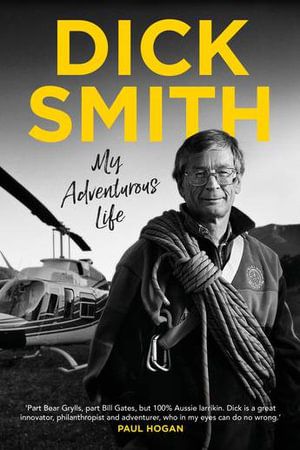 Dick Smith is a remarkable and proud Australian. He has been part of our national consciousness for over fifty years as an innovative and astute businessman, a ground-breaking adventurer, a generous philanthropist and a provocateur for the causes he feels deeply about. Yet, despite his great successes and achievements, Dick has remained down to earth and close to his roots.

So how did the young boy who was one of the most academically hopeless in class become the national living treasure he is today? And what was it within that kid with a speech impediment that allowed him to create three successful businesses, and take on some of the world's greatest and most dangerous aviation challenges?

In My Adventurous Life, Dick shares his inspiring story and the lessons he's learned about staying true to yourself. He has welcomed the freedoms that wealth brings, but has found the simple life more fulfilling. His responsibility is to the world and the people we share it with. 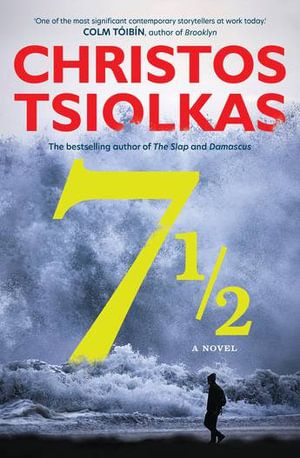 Seven and a Half

A man arrives at a house on the coast to write a book. Separated from his lover and family and friends, he finds the solitude he craves in the pyrotechnic beauty of nature, just as the world he has shut out is experiencing a cataclysmic shift. The preoccupations that have galvanised him and his work fall away, and he becomes lost in memory and beauty …

He also begins to tell us a story …

A breathtakingly audacious novel by the acclaimed author of The Slap and Damascus about finding joy and beauty in a raging and punitive world, about the refractions of memory and time and, most subversive of all, about the mystery of art and its creation. 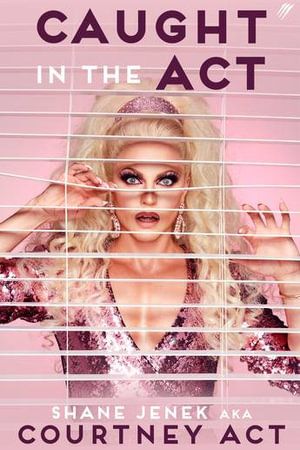 Caught in the Act

Boy, girl, artist, advocate. Courtney is more than the sum of her parts.

Raised in the Brisbane suburbs by loving parents, Shane realises from a young age that he's not like all the other boys. He finds his tribe at a performing arts agency, where he discovers his passion for song, dance and performance. Shane makes a promise to himself- to find a bigger stage.

Born in Sydney around the turn of the millennium, Courtney makes her name in the gay bars of Oxford Street and then on Australian Idol. Over ten years later, she makes star turns on RuPaul's Drag Race and Celebrity Big Brother UK, bringing her unique take on drag and gender to the world.

Behind this rise to national and global fame is a story of searching for and finding oneself. Told with Courtney's trademark candour and wit, Caught in the Act is about our journey towards understanding gender, sexuality and identity. It's an often hilarious and at times heartbreaking memoir from a beloved drag and entertainment icon. Most of all, it's a bloody good time. 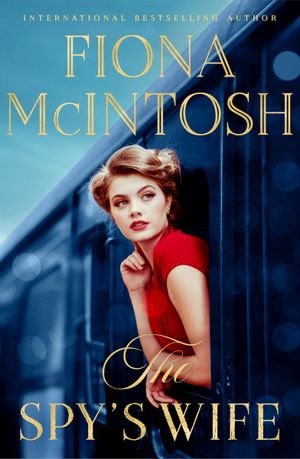 Evie, a widow and stationmaster’s daughter, can't help but look out for the weekly visit of the handsome man she and her sister call the Southerner on their train platform in the wilds of northern England. When polite salutations shift to friendly conversations, they become captivated by each other. After so much sorrow, the childless Evie can’t believe love and the chance for her own family have come into her life again.

With rumours coming out of Germany that Hitler may be stirring up war, local English authorities have warned against spies. Even Evie becomes suspicious of her new suitor, Roger. But all is not what it seems.

When Roger is arrested, Evie comes up with an audacious plan to prove his innocence that means moving to Germany and working as a British counter-spy. Wearing the disguise of dutiful, naïve wife, Evie must charm the Nazi Party’s dangerous officials to bring home hard evidence of war mongering on the Führer’s part.

But in this game of cat and mouse, it seems everyone has an ulterior motive, and Evie finds it impossible to know who to trust. With lives on the line, ultimate sacrifices will be made as she wrestles between her patriotism and saving the man she loves.

From the windswept moors of the Yorkshire dales to the noisy beer halls of Munich and grand country estates in the picture-book Bavarian mountains, this is a lively and high-stakes thriller that will keep you second-guessing until the very end. 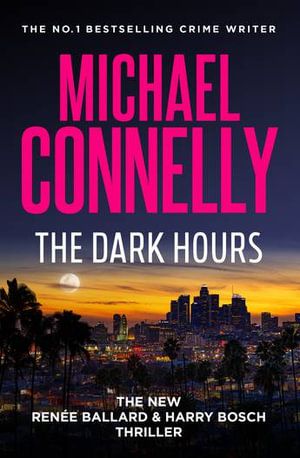 There's chaos in Hollywood on New Year's Eve. At the end of the countdown, LAPD Detective Renee Ballard seeks shelter from the traditional rain of lead as hundreds of revellers shoot their guns into the air. Minutes later, Ballard is called to a scene where a hardworking auto shop owner has been fatally hit by a bullet in the middle of a crowded street party. Ballard swiftly concludes that the deadly bullet could not have fallen from the sky and connects it with another unsolved murder - a case at one time worked by Detective Harry Bosch. Meanwhile, Ballard still hunts a fiendish pair of serial rapists, the Midnight Men, who have been terrorising women and leaving no trace.

Finding herself up against deadly inertia and foundering morale in a police department ravaged by the pandemic and recent riots, Ballard must look outside to the one detective she can count on: Harry Bosch. But as the two determined detectives join forces, they cannot relax their guard. The brutal predators they track won't hesitate to kill to keep their secrets hidden. 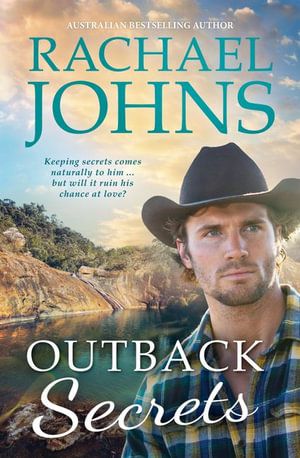 Liam Castle knows the secrets of everyone in Bunyip Bay. As the owner of the pub, he's heard it all - from marriage proposals and farming disasters to family rifts and everything in between. The locals love to confide in him, but no one knows he's hiding a tragic past.

And he wants to keep it that way.

Agricultural pilot Henrietta Forward lives for her job, choosing work over romance. But when an incident in the air brings Henri home to Bunyip Bay earlier than planned, she finds herself questioning everything she believes about herself.

But Henri's secret isn't her only problem.

Her mother will stop at nothing to have her settled down back in the Bay, and while Henri had always known domesticity wasn't the life for her, now she wonders what her future holds. So when Liam - always the first to lend a hand to those in need - agrees to play along with Henri's scheme to ward off her mother, she has mixed feelings. What happens when a pretend romance starts to feel like the real thing?

Will Henri's demons and Liam's traumatic past prove too great a barrier to love?